A mobile mode with new exciting rewards waiting for the bravest tamers, let's introduce a new kind of mission. And may the odds be ever in your favor!

Inside the headquarters, we aim for a game with a wide range of game modes for tamers around the world to adventure in. To achieve this, we introduced a new way to battle. This new way will come with better loot than ever before, waiting for the most daring tamers. Let’s see everything you need to know about the idle PVP of Dragonary: The Dragon Match.

Our team is constantly working to improve the battle experience so that each tamer can find their favorite place to fight. Some people love playing the game because of the huge explosions and the enemy team falling in battle. Others are eager to know the outcome even before they start the match, testing their luck with each contest. Last, but not least those people who cannot enjoy great graphics because they have a low-end device, and we were not going to leave them out of the Dragonary experience.

Nowadays, games are designed to take advantage of the latest technology and quench the thirst for iPhones and the latest android models, ignoring those less-new devices. At our company, we want everyone to be able to enjoy Dragonary, whether they’re playing on a low-end device or have the latest iOS update. So instead of having a battle that’s hard to see and doesn’t run well, we’d rather give players a better competition experience and get straight to the result.

The introduction of the Dragon Match game mode came with update 2.5.4, a new class of missions where players must rely on the skills and strength of their teams. Tamers must choose the dragons and their alignment very well since they will not have control over them! Finally, players should consider the innate abilities of each dragon and which position will favor a better strategy.

Beyond the classic PVP: Dragon Match

In classic PVP, fights can last up to five minutes between two fierce teams trying to kill each other in the Arena. We introduced the Dragon Match, the idle PVP version in Dragonary to make it even more interesting. A new, faster way of fighting is now available only for mobiles. This is the best choice for players who want to enjoy a unique experience, especially for those who don’t have enough time to play the complete PVP battle.

The missions are similar to an automatic PVP mode, where the game takes into account the statistics and other variables and then determines the outcome of the battle. You’ll know right away if you’ve won or lost and get your rewards.

When selecting a mode, the game will automatically search for an opponent and once a match is found, a new screen will appear with match statistics for both teams, eager to start the fight. In the lower-left corner of the screen, you will see a device to measure the chances of winning or losing the battle, depending on the power of each team. You’ll also see what rewards you could get from the battle.

This mode will allow tamers to strengthen their teams because after a fight, dragons will gain more points of experience than in any other mission.

After creating the strongest team and studying the most favorable strategy, it is time to move on to the Dragon Match section. On this screen, we’ll get to choose between two modes, which are the following:

This option is available to earn the Drago token, the exclusive in-game virtual token of Dragonary. This token allows and facilitates doing things within the game without the need to invest. With Drago, tamers can advance enjoying the full game experience without spending money.

In this battle mode, the main reward will be Drago. All those who choose the Drago Match will need energy and a fee that must be paid in Drago in order to start playing.

ECT Match: a coming soon feature. In the same way as in the Drago match, its name indicates the reward for which you will venture in idle pvp mode. The main reward of these matches is ECT!

We will put in place a fair limit on how much each user can earn from daily ECTs to avoid malicious acts. This limit depends on the rarity of the account. In order to play these new missions, you will have to pay a small fee in Drago and consume a small amount of energy. However, this is not the only requirement. You will also have to use your stamina if you want to fight in this new mode.

Before Jumping into Dragon Match

But before starting a match, tamers will need to set up their lineups. They have to choose where each dragon will be, thus defining their team for these missions. These dragons will be responsible for fulfilling the mission and representing each player in battle.

Once the team has been selected for the Dragon Match missions, the game will determine their overall power by considering them as a whole. This ‘power’ is a combination of the stats and element of all the dragons in the team. It is up to each player to discover which elements of the dragons increase the total power of their team.

The server will take a minute at most to resolve the battle which usually takes seconds. This stage has the possibility of skipping the rival and also to observe the odds of victory for both players based on the statistics.

To make things more interesting and increase competitiveness we’ve decided to add variable rewards based on your rival’s power. What does this mean The more powerful the rival, the better the rewards for those who win.

About the Stats and Stamina

The total statistics of the team is nothing more than the addition of the individual statistics of each dragon. As simple as it seems. For example, the power of the team will be 475 if in a team of five dragons, each one has 95 points in their stats. One thing to keep in mind is that any opponent can be up to 20% stronger or weaker.

The stamina could be viewed as a measure of the vitality of the Dragons. It is unique to each account and not individual to each dragon, and depending on how much the tamers use each team as each dragon, the average will decrease until it reaches zero. This stamina bar will be the equivalent of your team exhaustion after many battless, and it doesn’t recover by resting, as it does with energy. For now, this feature is only used in Dragon Match, and in order to recharge it, we need to use stardust, an item that many tamers have saved without knowing what to do with it. This is the time to use it as well they must pay a fee in ECT token.

When a player who restored their stamina will have the chance to fight another day, allowing the adventure in Dragonarya to continue.

And if you love the first Coinary’s NFT game, don’t miss the most adorable and explosive Match 3 game recently renamed as Clash of Pets: Sweety Match. A game that is part of the competitive universe of Coinary.

This was the end of this Article. We hope you found this useful and faster than the drivers in Fantasy Racing we say goodbye to continue working on bringing you new forms of entertainment through the creation of blockchain-based games because this is what Coinary is all about.

PrevPreviousThe Poison Dragon and its Origins
NextHow to officialize a guild in Dragonary?Next 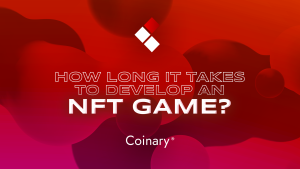 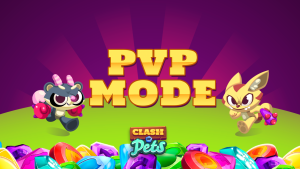 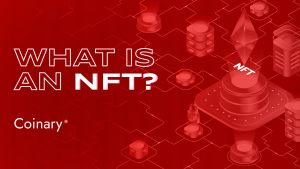